This vegan gobhi makhani is a vegan recipe that makes for a delicious main course meal. Try it with naan, paratha or roti and enjoy the beautiful flavours of a makhni gravy. The dairy elements in a makhni gravy is cream and butter, both of which have been substituted in this recipe. You can also make it non-vegan if that’s what you’re looking for. The best part about this recipe is that it does not taste any less good no matter which way you prefer it – dairy or no dairy.

This vegan gobhi makhani is luscious, rich and packed with delicious flavours. Making this creamy cauliflower curry requires a bit of steps, but walking that extra mile is really worth it when you taste it. This recipe is also fail-proof as it has been tried and tested in my kitchen several times, and always ends up being a conversation starter. 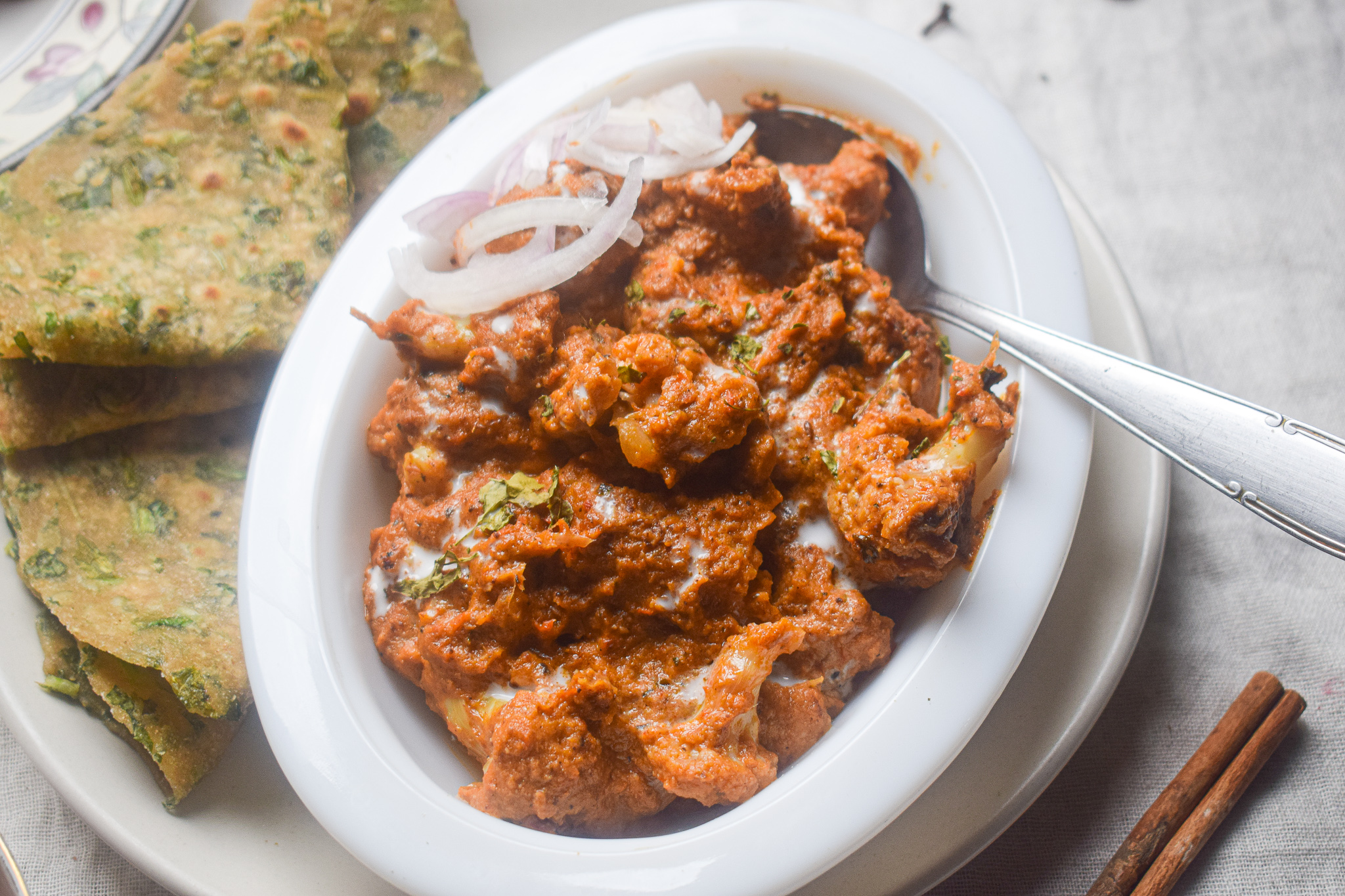 This creamy cauliflower curry is cooked in three stages. I hope you try out this delicious and fail proof vegan gobhi makhani for yourself. It’s absolutely divine.